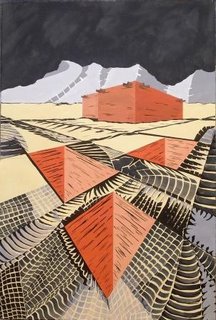 Santa Fe has an official census of 66k residents, add the 30k or so undocumented immigrants and our fair city is busting the seams near the 100k mark. Anytime your population hits this level while maintaining a ridiculously expensive cost-of-living – there are going to be large instances of homelessness.

Like everything else in Santa Fe, even the homeless population is somewhat unique when compared to other regions that I have lived. Being homeless in Santa Fe doesn’t necessarily mean one is without a place to sleep or even without employment. Instead it tends to allude more to daily survival.

About six months ago, I had my first lengthy interaction with members of our city’s illegal immigrant population. I’ve heard that in northern city’s such as Seattle, one needs to only look so far as the local Home Depot to find the brown men standing near the exits waiting for work. In Santa Fe, you travel downtown to the parking lot of the State offices for the Department of Labor. Sitting along the street curb pretending to wait for the bus are scores of men, both young and old waiting to repair or build anything one might need. One gentleman told me he had been in the country for over twenty years, making what money he could, when he could and sending the surplus to his family in Mexico. He looked for multi-day jobs, so he could get a higher average wage. He was especially talented when working with traditional adobe materials, so he relished the moments when he was able to get restoration jobs on the multi-million dollar homes overlooking the plaza. They paid the best, as well, often nearing $13/day if he kept his work crews down to a minimum number of men. I noticed his overstuffed backpack, brimming with library books and a change of clothes. He told me he lived with fifteen others in a one-room apartment near Alameda Middle School. It was lunch-time when we spoke and he and three others had just begun to divide the meal they shared. They offered to split their lunch with me, but I declined. I couldn’t imagine them making one more portion from their dollar bag of ten small Albertson’s tortillas and a single dull tomato.

Competition is fierce between the two local newspapers. Every intersection in town has a salesperson for one or the other paper. At one major intersection, a deeply tanned gentleman with an obviously low intelligence makes a habit of walking into fast-moving traffic in order to hock his papers. I don’t know if the guy is homeless, but if he continues his current method of playing human Frogger in traffic, he’ll end-up a paraplegic.

Halfway across town, near my son’s Montessori school; an elderly fellow sells his papers 10-12 hours each day. On the ground next to his stack of news are always the same gas station travel mug, bedroll and single cigarette.

Last Wednesday, at the Office Depot, an absolutely beautiful young woman with long unkempt blond hair stepped out of the shadows with a cardboard sign, each time a car passed. Her camouflage clothes were ragged and besides her sign, she only carried a single backpack that bulged at the zipper. I don’t recall ever noticing a beggar quite as stunning as this woman. I felt shallow for actually taking the time to stop and wonder about where her life fell apart. I immediately made a baseless judgment regarding her condition – meth. I only remember her, now because her beauty seemed out-of-place. Maybe I was correct in my assessment, or possibly it’s easier for society to make sordid assumptions rather than face the realities of human nature. We’re so used to thinking that an attractive person has the advantage of living without suffering.

That same afternoon, while leaving town I stopped at a light while waiting to exit the city for the interstate towards home. Out my passenger-side window stood the traditional image of the intersection vagrant - long dirty beard, ravaged layers of clothing covering a thin frame and a cardboard sign. He walked back and forth across the intersection with a bone-thin dog following close behind. The coffee-colored dog’s fur was matted and he wore a collar and leash which drug underneath as he walked. I noticed that no one actually lowered their windows to offer money; there are almost always one or two cars that hold-up traffic to give a handout – but not today. So the next time he passed, I took a moment to read his sign:

Why is it illegal for me to beg in your city, but alright for my son to die in your illegal war?

This is America, the land of opportunity. Where the hell did we go wrong? – DN

Posted by danielnorth.com at 10:22 AM

Since when did you make the land of opportunity into the land of sure success? Since the beginning of this nation, people succeed and quite a bunch fail. The only thing they allow you is the pursuit of happiness, there is the right to be unhappy too. I guess this is more of a republican view.
J

Socialist themes and utopian ideals are truely beautiful, unfortunately they rarely work. You may have noticed I never left the safety of my vehicle to actually do anything to correct what I perceived as inconsistencies in America's rich culture. - DN