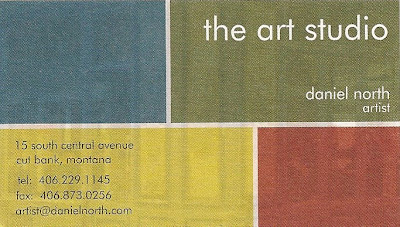 Posted by danielnorth.com at 7:47 AM 6 comments:

I was in some timeless space, timeless face of my embrace
Held empty air and empty space, all on a sunny day
There's a lifeline that I know and it holds me back and lets me go
Whatever I do I don't let my lifeline stray
So it goes as lifetimes pass from heart to mind and back again
My restlessness becomes a flame letting my lifeline show
-Gordon Lightfoot

It has been a while since my last update. Something I would have found unforgivable a year or two ago, when these posts were a daily occurrence. Ultimately, it has all been sidestepped in the name of art or at least the malnutrition of my lifeline.

Fortunately, I believe I have finally found a time and place in which to remain, at least for longer than usual. I have rented a downtown storefront for my next art studio. Something with a thousand square feet to work on the large scale installations that my waking dreams have only alluded to during spats of semi-consciousness. The idea is to finally have enough space to create and document the works, then dismantle and store while I market to various galleries and museums.

It also has another thousand square feet for gallery space and art classes. In a time when the economy seems to bring in fewer and fewer sales, it seems that a focus on providing summer art camps, after school lessons and adult night classes may be the best bet to paying the rent on a new and massive space primarily acquired to finally fulfill my longtime desire to work in cubic feet rather than square inches.

Works a comin’ so sit tight, we’re getting into uncharted territory. – North
Posted by danielnorth.com at 10:47 AM 3 comments: