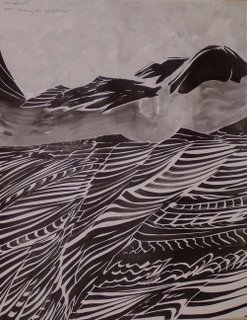 "Imagine a mountain ridge that snakes like a knobbly spine all the way from the frozen Canadian Arctic down to the deserts of . 'The Backbone of the World,' the Blackfoot Indians called what we know as the and the Continental Divide. Now imagine a footpath that runs along the base of the mountains following the 'shoreline' between the mountains and the plains — twisting through stream gullies, unraveling over low ridges and around buttes running on for 2,000 to 3,000 miles." Outside Magazine

Fragmentary evidence indicates that such a footpath existed, and it is called the Old North Trail. - DN

Posted by danielnorth.com at 5:08 PM