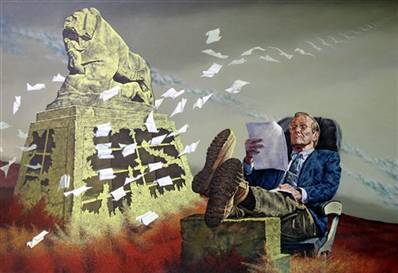 A painting entitled "Picnic" by artist Muayad Muhsin, who was both inspired and enraged by a photo of Donald H. Rumsfeld slumped on an airplane seat with his army boots up in front of him, was displayed in on June 5. The painting is expected to be unveiled at an exhibition in next week. - CNN.com 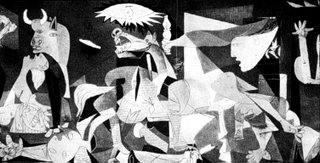 “” is often considered Picasso’s most famous work, as it argued against the cruelty of the German bombing of the civilian city by the same name. Is it also the responsibility of contemporary artists to vocalize their opinions of world events via their brush, in the same manner? – DN

Posted by danielnorth.com at 10:03 AM