Lake Jumping in the Ozarks 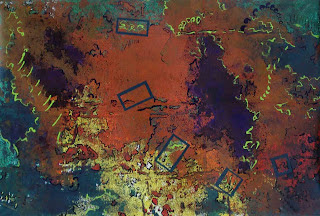 My parent’s Ozark Mountain cabin rests on the banks of Bull Shoals Lake in southwestern Missouri along the Arkansas border. In the mid-1950’s a series of Dams were constructed along the powerful White River. The man-made lakes created in the dams’ wake (Bull Shoals Lake, Table Rock Lake, Beaver Lake and Lake Taneycomo), immediately developed into a major tourist destination for residents of the Southern and Midwest states. - DN
Posted by danielnorth.com at 8:00 AM

I am getting a history lesson everyday about a place I have lived all my life yet saw little value in. This is a great way for us to see what your adventures translate into visually.

You pretty much summarized my reasons for returning... I didn't know enough about that from which I came. - DN