When it's difficult to leave, even with effort... 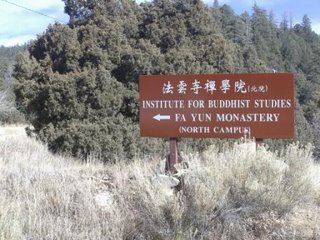 Thursday is already Thanksgiving, which is to say, this week is Thanksgiving. I know many of my reader are from outside the United States, so I’ll put my favorite holiday into perspective for you. Very little outside of Thanksgiving preparations will get done from now till Thursday; Friday through Sunday is reserved for recovery time. As Americans, we are notorious for our all-you-can-eat-style culinary habits, so let’s put it this way – Thanksgiving is the mother of all buffets.

Last week, I returned to the mountains outside Taos for a rather chilly roadside picnic and brief adventure down random unmarked mountain side-roads. This is something I have done since my youth. My childhood friend Gaelon earned his driver’s license a year before me and I recall many trips in his father’s Buick across the dusty southern Missouri terrain without a map or general sense of direction. The hills were low-rising and we mainly sought them out for the purpose of jumping with a family sedan that had known nobler times before we came along. These last few years, I have aspired towards mountains, rather than hills; with the thought of finding something over the rise or around the bend always at the forefront of my mind.

Taos was a natural direction for my meandering conscious last week and when I saw the sign for a slightly-hidden Buddhist Monastery, I knew which way to turn the car. Along the washed-out gravel road, I passed a middle-aged black woman sitting in a fold-out camping chair at the edge of the road overlooking a narrow stream. She was simply staring out across the woods, listening to the water, I assumed. When I returned about an hour later, she had not moved. Further up the mountain I drove-by an older truck hanging halfway into the road, parked in a crooked haphazard manner, though the engine was still running. After that, I continued up the mountain at a snail’s pace, waiting to cross paths with anyone else that had chosen to rapidly exit society. It took a bit of time, the radio was playing an old Nat King Cole cassette I had bought at Goodwill (with a recent stash of book purchases) and I was beginning to wonder if the sign for the monastery had sufficiently described the hidden path.

After a serious of fictional dead-end signs, I finally reached my journey’s end. The road was blocked by a cattle guard, heavy gate, barbed-wire and innumerable “no-trespassing” postings. Not the open-armed invitation of non-violence that I expected. I stood at the fence for a while, thinking about the last time I was disappointed by contemporary Buddhism.

Natalie Goldberg is a locally famous Taos author that has written a number of books revolving around the subject of being a Jewish-Buddhist writer. In fact, I’m not sure I have ever encountered another author that has written so many books about writing, but no books about anything else. Not long after arriving in New Mexico, I attempted to listen to the audio version of her tome “The Long Road Home”. I easily grow tired of Top-40 radio and am easily angered by AM-Talk so I often listen to audio books, while painting. I’m sure the actual writing of the book was not horrific; otherwise, I doubt she’d be so well published. Unfortunately, the author was reading her own work and after a single tape (out of 8), I had to open the door and chuck the entire set out into the cactus. Goldberg’s monotone voice pushed me to the edge of convulsions. Her nasal Brooklyn accent though endearing when I hear it from some of my friends, made me want to order a deli sandwich just so I could asphyxiate on the large kosher pickle. Worst of all, I really wanted to enjoy her book. Why oh why, couldn’t she afford a decent actor to read in her place? But perhaps that is the way of the Taos Buddhist.

After taking in the limited sights of the monastery, I returned to my vehicle and began the descent towards home. I was disappointed with the outcome of the trip; I had expected something better than a modernized fortress, dotted with prefab buildings. Near the entrance I returned the wave of another woman walking up the road to the mountain retreat. She had the familiar white earbud wires running from her head to a pocketed iPod. I assumed it was her Subaru, I pulled past as I looked for oncoming traffic before rejoining the asphalt trail to civilization, though I doubted I had ever really left. – DN

Posted by danielnorth.com at 9:27 AM

Jeez, the sign said Northern Campus. Did you make any attempts to find the Southern, Western, or god forbid...Eastern campi? Maybe it was fortified because of it's Northern Location and fear of Vikings that would sail in and pilliage and plunder? Fun times, kind of like those Christian Schools in Montana for rich drug induced sons and daughters. Interested check it out at: http://www.montanapbs.org/WhosWatchingTheKids/.
Smooches
John