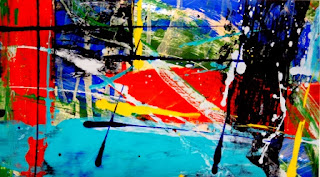 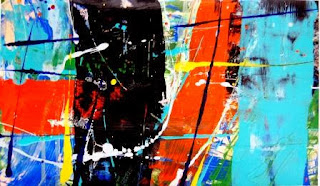 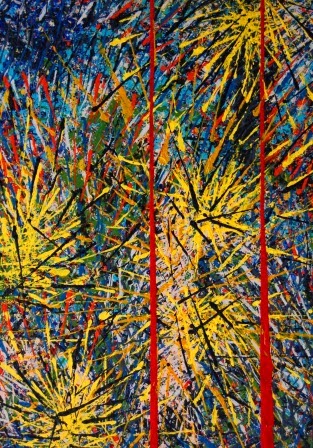 
The depiction must have been very successful because as the legend tells after the original painting was inherited by pupils of Leonardo; it was bought by a French aristocrat. He must have liked this painting more than his own wife, because she tore Leonardo's masterpiece apart and burned it in the 17th or 18th century.  - North
Posted by danielnorth.com at 11:07 AM No comments:

I currently have 17 paintings at the state of simulative near-completion.  Fifteen are oil on paper and two are oil on canvas.  They blur the line between oil sketches and the commonly held understanding of finished paintings. 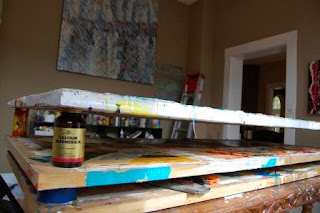 The paintings are stretched on each of three doors, drying between stages/layers. - North

Posted by danielnorth.com at 12:48 PM No comments: